The medical field is very broad, but we, as a manufacturer of nano-fibre bonded fabrics, focus on medical masks with a maximum filtration efficiency, filters for respirators and also additional substances for the nano-fibre structure, such as adhesive healing bandages where the aim is to speed up the healing process and protect the tissue from bacteria.

Disposable medical masks with a unique filter using a nano-fibre layer. High filtering efficiency, 99.9% to stop viruses, bacteria and dust particles. Excellent permeability of the material (200 l/m²/s) for easy breathing and convenience for long-term use. Tested in the Nelson Laboratory (USA) and certified as a type II medical instrument.

In the area of cosmetics, we focus on ladies, for whom we make face- and low-neckline masks from our material Chito Fib, which is designed to regenerate minor skin injuries.

We offer adhesive bandages made from our own material for small injuries, especially for fingers and toes as well as minor cuts and scratches.

With its unique properties the nano-fibre fabric is suitable for the filtration of airborne particles. It can even be used in desulphurizing electrical powers.

The nano-fibre fabric is suitable for the food industry in the filtration of salt from a saline water solution.

The nano-fibre fabric is suitable for insecticide textiles used as protection against pests. Another use is in the clothing industry where it successfully works as a membrane replacing the well-known Goretex.

How it all started

A STORY OF PERSEVEREANCE AND SUCCESS

Ing. Marcela Munzarová, CEO of the company Nano Medical, s.r.o., is an internationally acknowledged specialist, who has established her position through her knowledge and innovative approach in the use of nano-fibre structures. The results of her work are particularly apparent at the time when abrupt changes, both natural and social, are taking place around the world. However, it did not come about from one day to the next. In this case it is true that excellent results can be achieved by systematic long-term operations.

Ing. Marcela Munzarová began to show an interest in textiles while she was a student at the Technical University of Liberec, where she studied weaving technology, particularly of composite materials. In later practice she learned what it was like when the industry, which had governed the local economy for 400 years, languished without any innovation for 50 years, and as well, business conditions in Western Europe had changed, which resulted in the industry being unable to compete with the countries in the eastern hemisphere.

However, she is one of those who never gives up but instead seeks out new opportunities. In 2005 she was fascinated by an entirely new technology, which coincidentally originated in the same region. The technology for the industrial production of nano-fibres developed in Liberec. She turned five years of experience into success in the company Nanovia, developing custom-made production in the area of technical nano-fibres. Thus she became a pioneer, not only in the Czech Republic, but in all of Europe.

The combination of development and the effort to to push through in the world led her to consider the use of nano fibres in other areas. This activity resulted in the industrial company Nano Medical, s.r.o., whose mission is to provide the market with top-quality materials in the segments of health care, cosmetics and technical instruments. Frequently used here are materials such as Anti Microbe Web R filtration medium which is exceptional in capturing particles, bacteria and viruses, but at the same time having an excellent permeability. Then, the bioactive nano-fibre structure ChitoFib used for covering wounds, which literally accelerates regeneration capabilities when various absorbents are used. 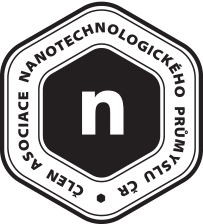